Today was the day we had to destall Out of Kansas from the Lit and Phil. How time has passed so quickly. 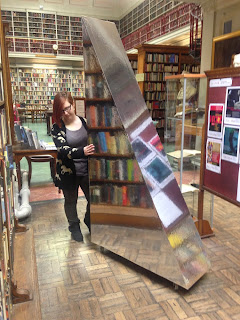 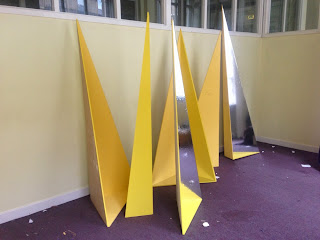 Thankfully, taking the forms down from the top of the bookcases was easier than it had been to get them up. We carried them downstairs out of the way, and dismantled them. 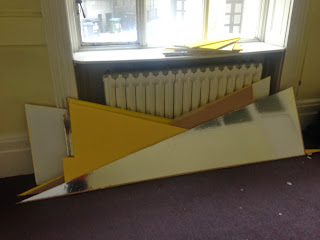 There were a number of reasons why we did not keep them intact. Most importantly, the forms had been made specifically for the Lit and Phil, and they would not work in the way we wanted them to work if they were sited in another context. 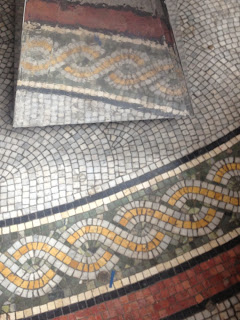 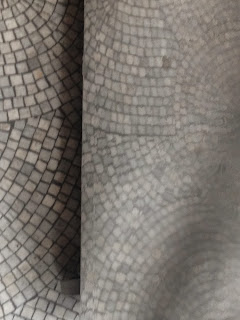 We also have very little/ no room for storage of work. 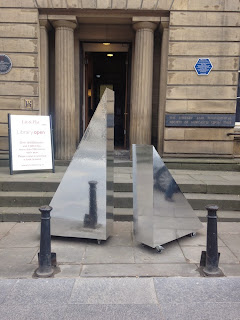 Thirdly, having spent hundreds of pounds creating the exhibition, we had no money to pay for another van to transport the work back to the studio. 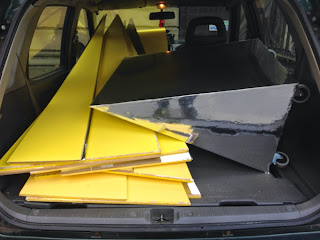 With the seats down and some careful positioning, we were able to fit the components of the forms in Jodie's car, but not when they were fully constructed. 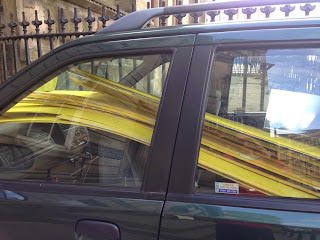 The moveable forms were not so easy to transport, and involved us pushing them from the Lit & Phil through a bustling Newcastle city centre on a sunny day at lunchtime. Despite the number of people around, no one offered to help, even when the wheels of one of the forms got stuck on a kerb of a busy road! Half-way on the journey, two of the wheels fell off one of the forms, making it even more difficult to manoeuvre! It must have been a rather funny sight, seeing two small women pushing two large shiny silver geometric shapes along the busiest street of Newcastle! 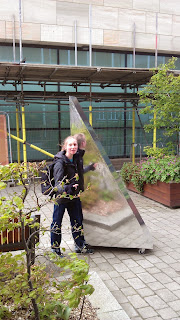 As we approached the University, a friend spotted a moving triangle, and knew it had to be me! He stood outside the cafe and laughed as he took a few photos! 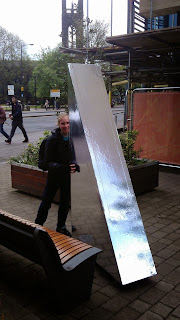 Posted by Helen Shaddock artist at 03:13

Email ThisBlogThis!Share to TwitterShare to FacebookShare to Pinterest
Labels: 2015, destall, exhibition, installation, Lit and Phil, may, May 2015, moveable sculptures, Newcastle, Out of Kansas, sculpture, site specific