at last, i am pleased to announce my newly updated website:

please have a look, bookmark it, send me a message, pass it on etc!

hope you like it.
Posted by Helen Shaddock artist at 23:40 No comments: 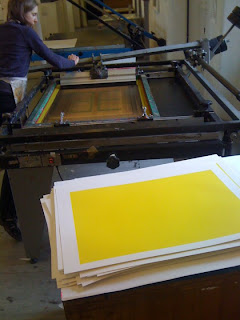 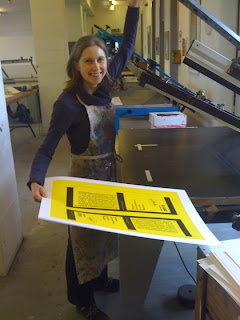 Harald and I spent the afternoon screenprinting the covers for the Glasgow International Artists' Bookfair catalogue. Great fun, but I'm not looking forward to my job of cutting them all out (150 copies to do!)
Posted by Helen Shaddock artist at 23:29 1 comment:

Calling for volunteers for GIAB 2010

GIAB is a showcase of artists’ books produced by local, UK-based and international artists.

GIAB will be open from 10am - 6pm on both days and entrance is free.

We are currently looking for volunteers to help us, both before the event (putting up posters/distributing flyers etc) and during the two days of the event.

Volunteers may be asked to assist on the information stand, selling catalogues and providing general assistance to members of the public. We also offer a table manning service to participating artists. This means that we organize for a volunteer to look after a table of artists’ books whilst the artist goes for lunch or has a look around at the other artists’ books.

We would really appreciate any help, even if you are only able to offer an hour of your time.

Please email us if you can be of assistance, and let us know when you will be able to help out.


It would be great if you pass the message on also, and we hope to see you there!
Posted by Helen Shaddock artist at 01:06 No comments: 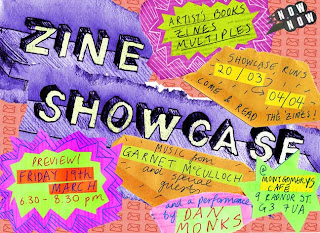 Some of my artists' books are included in the following exhibition:

You are cordially invited to the opening of ZINE SHOWCASE - an exciting participatory exhibition of zines, multiples, and artists' books! Browse the paper ephemera and zinery of over thirty artists, collectives and small presses! Be entertained by Garnet McCulloch's folksongs, Jack Wrigley's homemade electronic noise, and Dan Monks' solo voice with cassette! 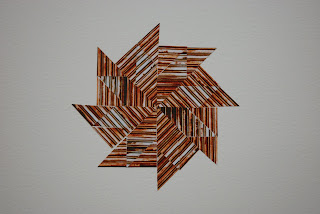 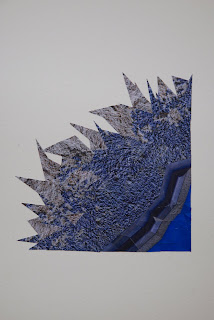 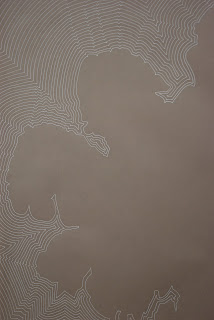 Posted by Helen Shaddock artist at 23:06 No comments: 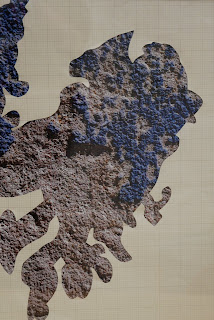 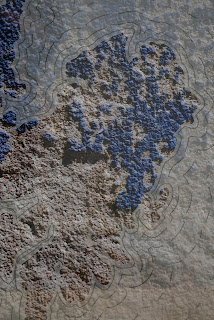 Posted by Helen Shaddock artist at 23:01 No comments: 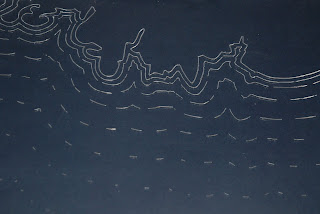 I have been using the laser cutter to engrave into perspex.
Posted by Helen Shaddock artist at 22:56 No comments:

The art of list-making By Jane O'Brien

The art of list-making

What can lists tells us about the personality of the list-maker? An exhibition in Washington reveals the obsessive and controlling sides of some of the world's greatest artists.

First there is the gentle thrill of anticipation as I contemplate the pristine paper in front of me. I may not yet have a subject for my list, but just the thought of one gives me a sense of purpose.

Second there is the light-headed buzz that gradually develops into bliss, euphoria and an all-consuming calm.

Third comes the extraordinary sense of satisfaction from having created a rigid timetable of impossible tasks that has taken a disproportionate amount of time and thought.

It doesn't matter that I will never look at it again.

Psychologists say that obsessive compulsive list makers (I guess that includes me) are trying to create an illusion of control in otherwise chaotic lives.

I see nothing wrong with that. In the words of the American abstract artist, Charles Green Shaw: "Real happiness consists in not what we actually accomplish, but what we think we accomplish."

To Do: See lists by Picasso, Bluemner and Saarinen

He is one of the artists featured in an exhibition currently running at the Archives of American Art in Washington.

It is a taxonomist's dream: hundreds of lists drawn up by some of the world's greatest modern artists. Some are scribbled on scraps of paper, while others are elaborately illustrated.

There are lists of ideas, lists of instructions, lists of ambitions, of biographical details, of paintings, of things to do, of colours.

One artist, Benson Bond Moore, has even made an illustrated list of duck poses. Here is inspiration indeed.

Liza Kirwin, the Archives' curator of manuscripts says lists can be very revealing:

"This very mundane and ubiquitous form of documentation can tell you a great deal about somebody's personal biography, where they've been and where they're going," she explains.

"People can relate to this form of documentation because so many people are list keepers and organise their lives this way," she says.

Highlights of the exhibition include:

* Picasso's handwritten list of recommended artists for the historic 1913 Armory Show - the first international exhibition of modern art in the United States. He could not spell the name of one of his most famous contemporaries, Marcel Duchamp.
* Adolf Konrad's packing list made up of illustrations of art materials and clothes he wanted to take to Rome and Egypt in 1962. He draws himself wearing nothing but his underwear.
* A chaotic inventory of work by the colour theorist Oscar Bluemner that is almost illegible. He committed suicide shortly afterwards.
* A collection of attributes the Finnish architect Eero Saarinen found most attractive in his wife. First on his list is the fact she was very clever.
* A self-assessment chart by the sculptor and designer Harry Bertoia in which he rates his character traits. As a struggling Italian immigrant he gives himself an "excellent" for health, neatness and accuracy, but scores poorly for quickness of thought and courage.

"The extreme is the obsessive who has to make lists of everything. These are people who have an unconscious fear that everything is going to be out of control if they don't make a list," says Dr Maccoby.

Oscar Bluemner (1867-1938) appears to have fallen into this category. Liza Kirwin says he was an adamant list maker, who even kept lists of lists.

"But in trying to give order to his life, he obscures the clarity of the inventory of his work. He's completely obsessed with this type of record keeping," she says.

The illustrated list of his landscape paintings is a condensed jumble of thumbnail sketches with overlapping notes on the right-hand side. Comments in pencil are overlaid with separate remarks in ink and underlined in different colours.

"The colours are mostly reds. Reds tend to show strong emotion and he's taking his red pen and putting it through lines and taking things out. You can see that there's a lot of chaotic emotion involved, probably repressed anger," explains Dr Maccoby.

But he says it would not have been possible to predict Bluemner's suicidal impulses just by looking at his list. His state of mind could only have been detected by comparing the list to other aspects of his behaviour and expression.

Most of the artists in the exhibition are from the Western Hemisphere which may highlight some cultural differences between list makers.

Dr Maccoby has studied European and Chinese business leaders and thinks a pre-occupation with detail is a broadly Western characteristic not shared by people in Asia.

"The Chinese try to understand the whole and how the parts serve the purpose of the whole project. Once they have that concept, then they look at each part in turn. Europeans immediately break everything down and stack up lists.


MRS SAARINEN'S ATTRIBUTES
I. First I recocnized that you were very clever

II. That you were very handsome

III. That you were perceptive

IV. That you were enthusiastic

V. That you were generous

"Then they try to resolve each one separately in an ideal way and hope that they all fit together in the future. It's really not as useful," Dr Maccoby says.

Eero Saarinen's list of his wife's attributes could be seen as an example of this tendency - or it could be could be read as a love letter:

"He's deciding exactly what his wife's qualities are," Dr Maccoby says. "He's putting her in a frame. It's a form of psychic control and great architects are in a special group when it comes to the desire to control and create everything.

Dr Maccoby sees parallels between Saarinen and Frank Lloyd Wright, the American architect and designer of Fallingwater in Pennsylvania:

"Look at Frank Lloyd Wright who not only wanted to design the building, but also all the furniture in the building and the wife's clothes."

Saarinen is perhaps best known for designing airport terminals in Washington and New York and the exhibition contains another of his lists.

Dated 16 August 1961, it is a large but neatly itemised catalogue of things to do that range from changing light bulbs to presenting plans for a major design project in Oslo. Some of the items have been crossed off, while others remain undone.

The following week he was diagnosed with a brain tumour, and a few days later he was dead. It is a poignant reminder that none of us will ever complete all our lists.

Lists: To-dos, Illustrated Inventories, Collected Thoughts and Other Artists' Enumerations from the Archives of American Art runs until September 2010, at the Lawrence A Fleischman Gallery, part of the Smithsonian Institution in Washington DC.
Posted by Helen Shaddock artist at 00:01 No comments: