As part  of the Practice Makes Practice programme, The NewBridge Project invited David McLeavy to give a talk.

David McLeavy is a curator and writer who lives and works in Sheffield, UK. He is currently the Director of Bloc Projects, Sheffield and the founder and editor of YAC | Young Artists in Conversation. Previous positions have included being the Co-Director of the international residency and exhibition programme Picnic Picnic, Sheffield, Co-Founder of art and design focused clothing brand Curbar Cycling Apparel along with working on numerous independent curatorial projects. He was previously the chair of the board of trustees for Turf Projects, Croydon and currently sits on the Steering Group for Making Ways, a development project for artists and makers initiated by Sheffield Culture Consortium.

David began by demonstrating how his practice has shifted from being an artist, to an artist and curator, to what he now identifies as; a curator and writer.


He spoke about some of the works/projects that he has worked on, starting with his older work and moving onto his most recent activity with BLOC Projects. 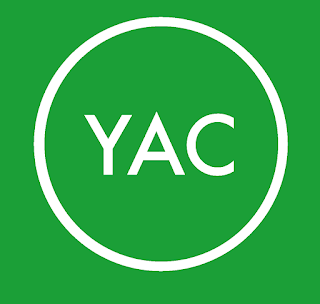 YAC | Young Artists in Conversation was set up in October 2013 to provide critical conversations and interviews with the most exciting emerging artists currently working in the UK.

YAC now work with a growing team of writers who have the opportunity to interview the artists that they are interested in and to ask the questions that they want answering.

YAC continuously aims to provide critical and compelling interviews along with helping to uncover some of the emerging talent currently working in the UK. 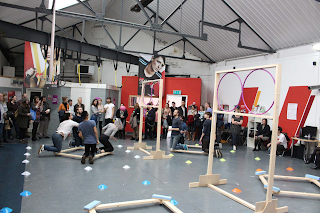 This was a solo project in which David invented a new sport to be played in front of a live audience by artists from around the UK. He was interested in bringing people together in a kind of alternative networking event. 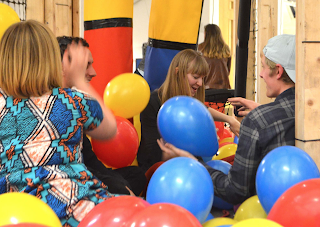 This was a solo project by David McLeavy taking the work of an interactive re staging of the CITV children's television show Fun House. 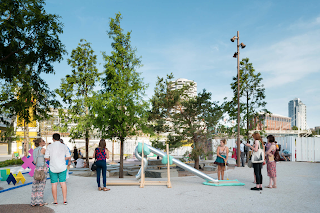 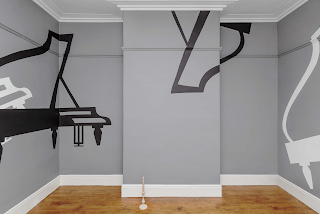 Along with Pippa Cook, David was the co-founder of Picnic Picnic; a year long, fully funded international artist residency programme and contemporary art exhibition. Artists from around Europe were invited to live and work in a house in Sheffield resulting in public exhibitions of their work.

Along with exhibitions and events by Internationally renowned artists, Picnic Picnic also presented a series of exhibitions of regional artists work based around a number of current themes.

Bloc Projects is an artist-led project space in the centre of Sheffield, UK, which presents exhibitions, events, residencies, exchange projects and educational activities. Established in 2002, the organisation provides a platform for early-mid career artists, encouraging experimentation, collaboration across disciplines and critical dialogue among artists, audiences and partners in the city and further afield.

The Bloc Projects Open Residency provides audiences with a unique perspective on how artists work. By turning the gallery space into a working studio and inviting the public to engage in open conversation, the Open Residency programme aims to break down the formal barriers between artist and audience.

Bloc Projects’ Test Bed series is focused on providing artists with a publicly facing gallery space to experiment with new approaches, and techniques and to engage with audiences in new ways.

Posted by Helen Shaddock artist at 14:21