Piotr Piasta: The Realm of Forgotten Existence at The Granary Gallery, Berwick-upon-Tweed

I first met Piotr Piasta towards the end of 2014 when he gave an artist talk at ISIS Arts in Newcastle at the beginning of his 6 month residency at Berwick Visual Arts, Berwick-upon-Tweed. I was really impressed with his work, and excited to see what he would produce during the residency. I was not disappointed.
His residency was "in partnership with the Centre for Rural Economy (CRE) at Newcastle University, a research centre specialising in interdisciplinary social science, researching rural development and policy, food and society, and the wellbeing of rural communities.

For this residency Berwick Visual Arts and CRE were interested in proposals from artists that responded to theme ‘Beyond the Rural Idyll’ and questioned what and who is rural, local, authentic or vernacular and that explore rural life and society beyond idyllic representations. 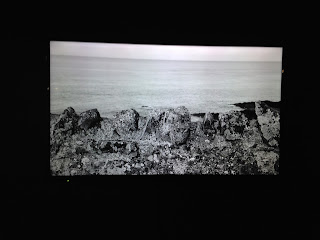 Piotr's artwork explores themes of history, time and memory often within a rural context and he is particularly interested in ageing within rural communities and the stories and memories of older people. His practice is particularly relevant to the themes of this residency, as an ageing rural population is a growing concern in rural areas, with social exclusion and isolation too often being part of growing old for many in the countryside.

The resulting series of five short films combine these interviews with archive material from Berwick Record Office and new film footage of Berwick-upon-Tweed and Northumberland shot by the artist, in an attempt to interpret these stories."


Each film focuses on a particular aspect of rural life in Berwick-upon-Tweed, such as the building of walls, farming of cattle and sheep and mussel fishing. A different voice of an elderly resident of Berwick-upon-Tweed features in each film. The dialogue is very natural, not like a scripted reading, nor indeed an interview per se, but more like an extract from a conversation with only one person talking. 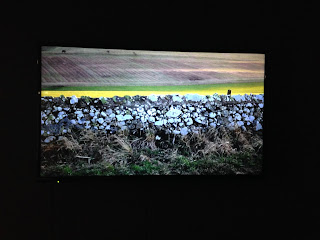 The visuals move seamlessly from black and white into colour, blurring the boundary between archive material and recently filmed footage. The camera moves fluidly in both types of imagery; panning the scenery; surveying the land. This creates the continuity between past and present, and makes for pleasurable viewing.

Piasta has a real talent for making moving paintings, and it is obvious from the accounts of the residents, that they have developed a strong friendship with the artist. He is extremely respectful of the individuals, and it is obvious from watching him talk to locals in the gallery today, that he is a valued member of the Berwick-upon-Tweed community.

Posted by Helen Shaddock artist at 11:03