A different approach to jelly making

My lack of jelly-making experience is showing: although the jelly set, it did not come out of the mould as a single form. 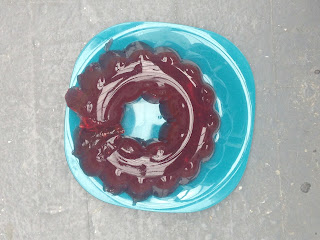 When viewed from above, the different coloured layers were not visible. 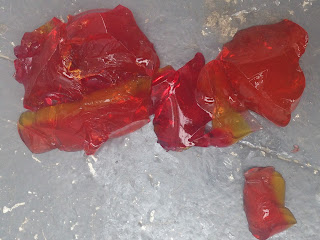 It was only when the jelly was sliced into or viewed horizontally that the layers are apparent. 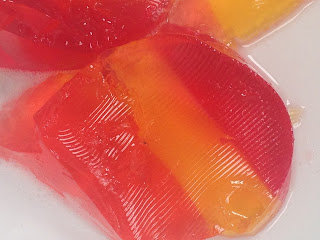 Determined to produce a complete jelly mould, I made another batch. Rather than creating different coloured layers, this time I used some of the bits of layered jelly from my previous mould, and then added lumps of the pink jelly cubes. Whereas I had previously mixed the jelly in a separate container prior to pouring it in the mould, this time I put the jelly cubes straight into the bottom of the mould and poured the water over. I did not stir the liquid, so it will be interesting to find out if the colour disperses throughout the jelly. 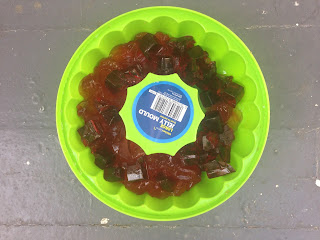 Posted by Helen Shaddock artist at 02:06