Beware of the 'Effort Trap'

As the January deadline for my dissertation looms, I find myself feeling guilty and worried because over the festive period I won't be spending lots of time working on my paper. Despite the many rational reasons for making family and friends my priority, I feel pressure, both from myself and society at large, to be productive.

The following article has helped me realise that there is a difference between being productive and spending lots of time working, and provides some useful tips to become more productive without tiring yourself out.

All the more reason for some quality time off!

Nobody Cares How Hard You Work

"As you sink into the couch, or slide onto the barstool, at the end of an exhausting workday, it’s hard not to experience the warm glow of self-congratulation. After all, you put in the hours, cranked through the to-do list; you invested the effort, and got things done. Surely you’re entitled to a little smugness?

Sorry, but at the risk of ruining that martini: maybe not. We chronically confuse the feeling of effort with the reality of results—and for anyone working in a creative field, that means the constant risk of frittering time and energy on busywork, instead of the work that counts. 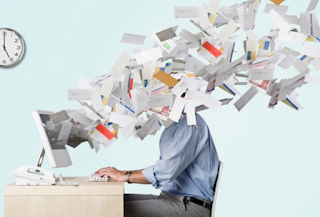 Psychologists have long noticed what’s sometimes been called the “labor illusion:” when it comes to judging other people’s work, we might say we’re focused only on whether they did the job quickly and well—but really we want to feel they wore themselves out for us.


The behavioral economist Dan Ariely tells the story of a locksmith, who, as he got better at his work, started getting fewer tips, and more complaints about his prices.Each job took him so little time or effort that customers felt cheated—even though, pretty obviously, being super-fast is an asset in a locksmith, not a fault.

In 2011, a study by the Harvard Business School researchers Ryan Buell and Michael Norton found that people using a flight-search website actually preferred to wait longer for search results—provided they could watch a detailed progress display to see the site “working hard” to canvas each airline’s database.

This would be no more than an intriguing quirk of consumer behavior—if it weren’t for the fact that we apply the same twisted standards to ourselves. Call it the “Effort Trap:” it’s dangerously easy to feel as though a 10-hour day spent plowing through your inbox, or catching up on calls, was much more worthwhile than two hours spent in deep concentration on hard thinking, followed by a leisurely afternoon off.Yet any writer, designer or web developer will tell you it’s the two focused hours that pay most—both in terms of money and fulfillment. (In Mason Currey’s 2013 book Daily Rituals, a compendium of artists’ and authors’ work routines, almost nobody reports spending more than four or five hours a day on their primary creative tasks.) Indeed, meaningful work doesn’t always lead to exhaustion at all: a few hours of absorption in it can be actively energizing—so if you’re judging your output by your tiredness, you’re sure to be misled.

It’s doubly hard to avoid the Effort Trap because our culture so strongly reinforces its deceptive message: Hard work is ultimately what matters. From childhood, parents and teachers drum into us the moral virtue of effort, and the importance of “doing your best”. Numerous approaches to productivity—even the best ones, like David Allen’s Getting Things Done—encourage a “cross-it-off-the-list” mindset:They’re so preoccupied with clarifying and keeping track of your to-dos, you forget to ask if they’re the right tasks to begin with.

And too many workplaces still subtly communicate to employees the idea that intense effort, usually in the form of long hours, is the best route to a promotion. In fact, though, if you can do your job brilliantly and still leave at 3 p.m. each day, a really good boss shouldn’t object. And by the same token, you shouldn’t cite all the effort you put in when making your case for a raise. Why should a results-focused boss even care?

In America and northern Europe, the roots of the Effort Trap may well lie in the “Protestant work ethic,” the old Calvinist idea that being a hard worker was evidence that you’d been pre-selected for Heaven. To reach creativity heaven, though, you’ll need a different approach—one that prioritizes doing the right things, not just lots of things.

The well-known advice to do the most important tasks first in the day is probably still the best; that way, even if you do lapse into busywork, you won’t be wasting your best energies on it. And if your work situation permits it, experiment with radically limiting your working hours: The added constraint tends to push the most vital work to center-stage. You could set electronic reminders through the day, as a prompt to ask if you need to change your focus. 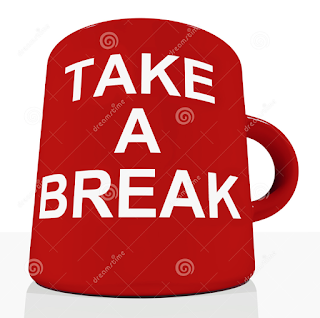 But above all, remember that tiring yourself out—or scheduling every minute of your day with work—isn’t a reliable indicator of a day well spent. Or to put it more cheerfully: The path to creative fulfillment might take a lot less effort than you think."
Posted by Helen Shaddock artist at 02:08