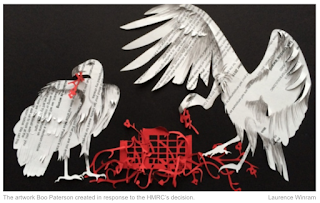 Boo explained that this represents the government “destroying freelancers and small businesses”.
“But they gave no reasons as to how they reached that decision, making it impossible to appeal.
Posted by Helen Shaddock artist at 01:14