Nick Forbes: we were whistleblowers for what austerity meant for the arts

Nick Forbes: we were whistleblowers for what austerity meant for the arts

After the Newcastle upon Tyne council leader dealt with cuts, the city’s theatre companies have been forced to adapt or die

“We live in an age of cuts … We are a working-class town, that’s our strength – and in the current climate, our weakness.” So said the deputy leader of the council as he addressed the press conference. His task is to decide how and where to save £64m: Sure Start, the museum, libraries, disabled care, street lighting ...

This is not a scene from real life but from Hope, Jack Thorne’s close-to-the-bone play about local-authority cuts, which recently opened at the Royal Court in London. But Nick Forbes, the leader of Newcastle upon Tyne council, sounded uncannily like the drama’s main character when we met in his grand, 1960s panelled office in the city’s Civic Centre – its bold modernist architecture a remnant of a more confident age, before cuts of 44% from central government sent a chilly blast through its elegant courtyards.

“We’ve cut our play service and youth service,” Forbes said. “We have had to reduce the libraries. We have cut sport and leisure. We have reduced support for older people; we’ve cut bin collections; we’ve cut street cleaning. We have lost our flower programme in the city. We’ve cut graffiti removal. We’ve lost getting on for 1,200 cuts from the council.” Newcastle lopped £37m from its spending in 2013-14, £38m this year, and more is to come.

It also cut its cultural budget. In the autumn of 2012, the council published a draft three-year – instead of the usual one-year – budget, which projected a cut to funding for arts organisations of 100% from 2015. 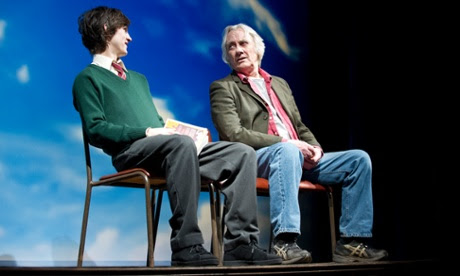 Arts leaders in the rest of the country looked on anxiously: would other Labour councils “do a Newcastle” and declare culture an unaffordable luxury?

Cuts to local-authority grants felt like a last straw, for they came on top of a 30% reduction in Arts Council England’s budget, delivered in the 2010 comprehensive spending review by the then culture secretary Jeremy Hunt. The keynote of the coalition’s cultural policy has been this: austerity measures, combined with injunctions by Hunt (and his successors Maria Miller and Sajid Javid) for the arts to find more financial support through philanthropy.

Among those affected by Newcastle’s draft budget were Northern Stage, Tyneside Cinema and Live Theatre, where Lee Hall, the writer of Billy Elliot and The Pitmen Painters, learned his craft as a youngster. They were furious. Culture was being disproportionately targeted, they felt. Furthermore, a total cut could have meant Arts Council England pulling out of Newcastle, since its policy is that it will not act as a sole public funder in any area – a move that would have led to the collapse of most of the city’s main cultural organisations. A vocal campaign from the north-east’s artistic diaspora – Lee Hall, Neil Tennant, Sting and Pat Barker among them – swung into action with open letters and attacks on the council’s stance.

Two years on and the council has indeed removed culture from its budget, effective from April 2015. But, after an intervention from the shadow culture secretary, Harriet Harman, it found about £600,000 a year (skimmed off from interest on loans and dividends from Newcastle airport) to put into a new charitable Culture Investment Fund, to which arts organisations in the city can apply for grants. It is only 50% of the old budget, but better than what Alison Clark-Jenkins of Arts Council England has called “the symbolically and practically disastrous 100% proposal”, which would have meant “the closure of some of the best-known institutions in the country”. The new fund also aims to raise money from donations from individuals – following the thrust of Conservative cultural policy, which encourages arts organisations to aggressively pursue philanthropic donations.

Unusually for a Labour politician, Forbes is comfortable talking about his cultural hinterland; he told me how much he was looking forward to performing a baritone solo in a concert with a local choir (“singing keeps me sane”). But despite his personal attachment to the arts, when we met two years on he said he had no regrets about the row. “We were the whistleblowers for what the government’s austerity programme means for a range of services, but particularly arts and culture ... As often happens with whistleblowers, people didn’t believe us, didn’t believe the scale of the cuts. We faced abuse and criticism. [But] I still think it was the right thing to do.” 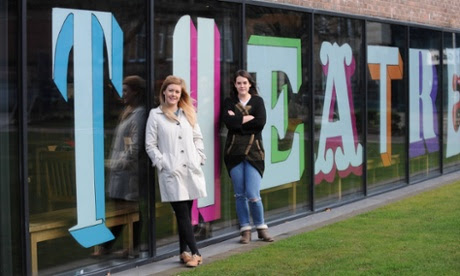 On the ground, it has been a case of adapt or die. Lorne Campbell is the artistic director of Northern Stage. One of his means of diversifying has been by harnessing the notion that “creativity” is itself a commodity. Over a pre-rehearsal coffee, he told me he hires himself out to lead workshops on creative management for business executives, raising about £50,000 a year, or around half a production budget. He would like to see the new Culture Investment Fund work – but pointed out gently, as did others, that his organisation has been energetically fundraising for years now.

He believed, he said, that a fundamental part of his job was providing a conducive environment for artists who want to make work in the north-east – their presence in turn enriching Newcastle’s civic life. But, he said: “That ecosystem is in danger of collapse. We are not many salami slices away from having to make a dramatic change to what we do.” What would that change consist of? He shrugged. “Producing a Christmas show every year cast with people who aren’t from here, and acting as a receiving house for productions from elsewhere the rest of the year. An utterly pointless exercise.”

Northern Stage provides, at present at least, support for young theatre companies. One such, Camisado Club, is made up of eight young performer-writers, all fairly fresh out of college, all “hellbent on staying in the north-east and making work”, according to company member Caroline Liversidge.

For these 20-something artists, the notion of a well-funded arts environment is, said Liversidge, “a myth – like: ‘In days of yore there was funding.’ ” She works five zero-hours-contract jobs to make ends meet, and fits her artistic work around them. Camisado Club’s first show, Send More Paper, about murderous wives in Hungary after the first world war, was a success, and had a short tour, including to London, but making it work was a struggle – they crowdfunded to get themselves to London, called in favours, sought support from friends and family. Getting the eight company members in a room together – when they are all working shifts to pay the rent – is an achievement in itself. Fellow company member Jamie Tansley said: “We are looking at ways we can sustain ourselves by charging for education projects. You not only have to make it work but become a business, and that’s a little scary. But we will find a way, because we have the hustle.” 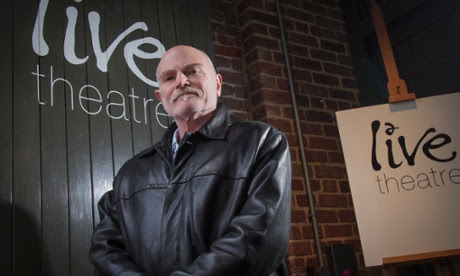 Meghan Doyle and Maria Crocker are part of another young theatre company, the Letter Room, which has performed at Latitude, Bestival and the Edinburgh fringe. According to Doyle: “We made our last show on no budget and no sleep.” All accomplished musicians, they perform as a band to make money to support their main work. “It is hard,” she added, “devising, producing, making the website, performing, working our other jobs.” They are a determined pair, committed to staying in the north-east – where the flipside of the lack of funding is cheap rent and a feeling of shared artistic enterprise with their peers. “It feels like something is brewing in Newcastle,” said Crocker. But, said Doyle: “We can’t continue making work for no money. There is a point where you have to say, you’ve got to live.”

A spirit of enterprise is also at work at Live Theatre. When I visited in early 2013, I saw how the work of the 150-seat theatre was supported by a gastropub, the Broad Chare, and rental income from a set of offices converted from a schoolhouse. Its chief executive, Jim Beirne, had used his own “hustle” to make money. The Broad Chare makes Live £100,000 a year, enough for an entire production budget. The schoolhouse makes £35,000, enough for an education project.

Since then, Beirne has masterminded the purchase of more buildings clustered around the theatre, including a vacant plot that faces the Tyne. With the help of European funds and loans from the council, he is now running a £10m project that includes building a new office block to rent, creating an outdoor stage and park, and converting an almshouse into a children’s literary centre. The piling for the new offices is complete; the steel framework is due to rise in January and the structure should be built by September. “The point is to create an asset on our balance sheet that provides an income to spend on our mission,” said Beirne. Initially, the yield is expected to be £150,000-£200,000 per annum.

I asked Beirne what his background was – expecting him to tell me of an MBA or a career in business. He laughed. “I trained as a lute player and composer,” he said. Was Live in danger, I wondered, of being buffeted by competing values? Would its business concerns conflict with its artistic ambitions? Would Live become, to misquote an unfortunate advertising slogan adopted by the V&A in the 1980s, “an ace gastropub with quite a nice theatre attached”? He said: “It’s just a tool to deliver what we do. Of course we have to be robust about what we stand for and what our values are. If we didn’t do this, what the fuck else would we do?”
Posted by Helen Shaddock artist at 02:27

Get daily ideas and methods for making THOUSANDS OF DOLLARS per day FROM HOME for FREE.
CLICK HERE TO START NOW