Today I have been working on my largest screen to date. I usually print without using the arm on the printing press as I prefer to feel the squeegee directly, but due to the size of this screen, using the arm was a must.

Even with the arm, printing on this scale is a challenge due to my size. Because I cannot reach over the screen, it is not possible for me to apply a strong and even force over the entire screen, and so the areas closer to where I am positioned are printed more clearly than the areas further away. 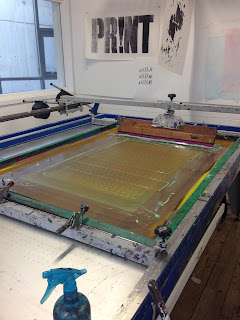 The image is a repetitive tally chart pattern intended to be printed repeatedly over a large surface to suggest a the duration over which it was made. I am slightly concerned that it may be regarded as a product of boredom, and be associated with prisoners counting the days they have been in prison, but want for it to be suggestive of the labour intensive activity that forms the image, and indicate an element of obsessiveness with mark making.

I began printing with black ink in order to get a good idea of how the print will turn out and detect any problem areas. 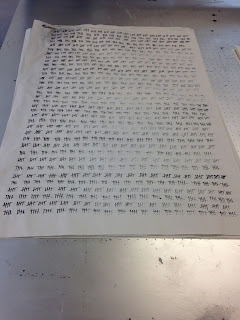 I then worked my way through different colours, hoping to achieve a gradual shift from one colour to the next. 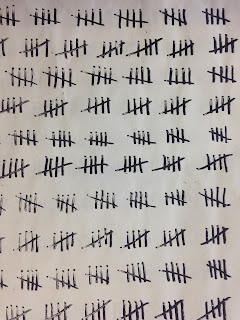 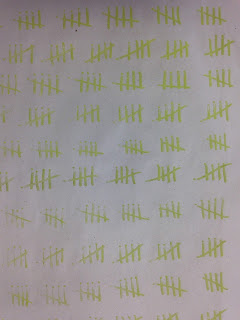 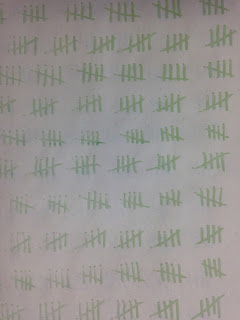 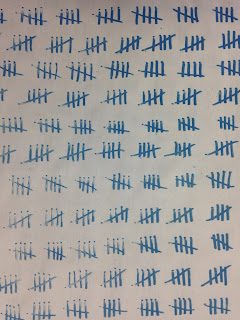 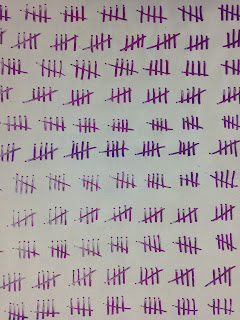 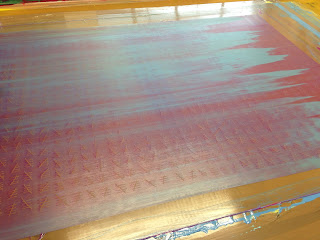 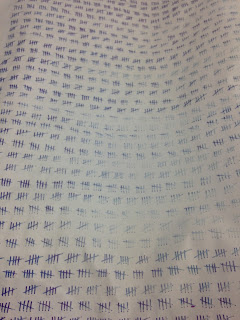 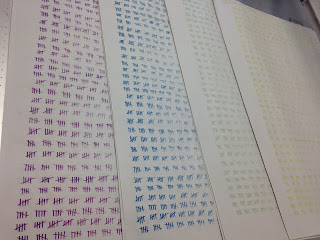 Posted by Helen Shaddock artist at 03:21