"UnEarth at Alphabetti Theatre will showcase some of Newcastle's most interesting experimental and electronic musicians. From artists pushing the boundaries of live coding, improvisation and a number of creators building their own instruments, UnEarth is sure to be a highlight of the summer. Expect to experience the power of the acoustic drone and get your grove on to some seriously dancey vibes."

Mr Blazey kicked off with his Kalimbo Project:

"[This project] is an attempt to apply collage techniques to every level of a musical performance; a thumb-piano ‘collaged’ together from everyday objects (lunch box, cupboard door handles, bike spokes etc.) contains motion and touch sensors which control effects while triggering, layering and juxtaposing fragments of samples and found-sounds through simple gestures. Expect exploratory shifting layers of ambient drones sprinkled with sloppy beats." 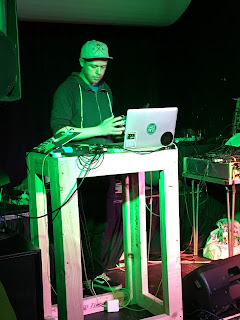 Check out the demo here: 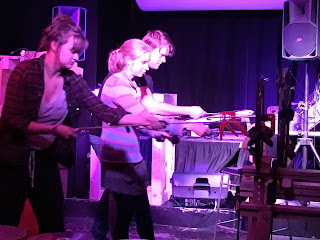 The Drone Ensemble were next up. We began with one of the friction drums, then gradually added another friction drum, followed by another. 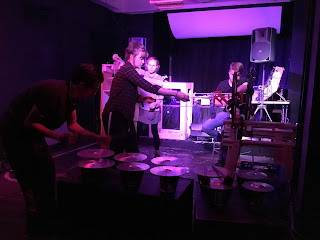 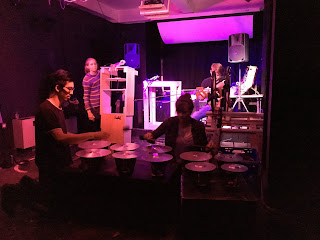 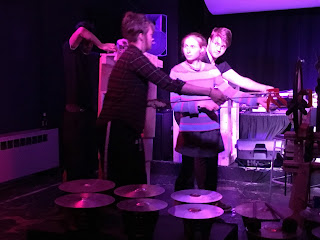 We were pleased with how the performance was received, and felt it suited being played in such a venue. Unlike some other places where we have played, at the Alphabetti theatre each of the performers could hear the sound of the instrument they were playing. Hopefully the recording (which will go on the Drone Ensemble soundcloud soon) will sound as good. 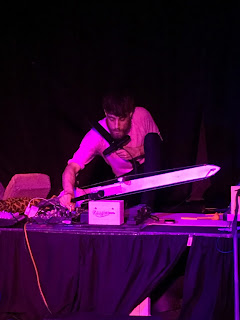 Ben Jeans Houghton followed our set. creating layered loops with a multitude of instruments and his voice. Awesome!