Between Monday and Friday last week fellow MFA student, Anna, and I were given access to the Ex Libris Gallery. Our aim was to work collaboratively, producing new work in the space for the space. We did not have a fixed outcome in mind and were unsure as to whether we would have an exhibition at the end of the week. Our focus was on the collaborative making process. 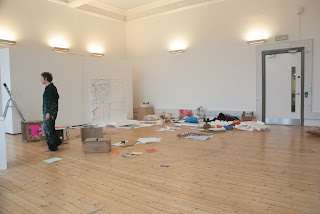 On the Monday, while I was in Glasgow dismantling the Circus Between Worlds site, Anna moved lots of our materials into the Ex Libris Gallery and began familiarising herself with the space. She then did a large charcoal drawing. 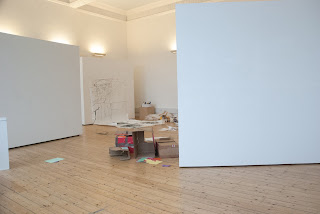 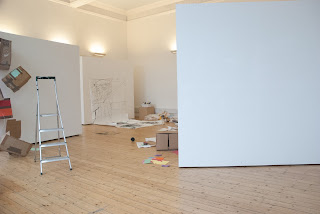 When we met on Tuesday morning we began by deciding on the position of the three moveable screens/walls. Changing this made a huge difference to the space, and as we tested out multiple options, it became clear that we were both wanting to create the same kind of atmosphere in the gallery, and it felt like the collaborative had begun. We opted for a relatively unbalanced arrangement, where no walls aligned with one other and there was not one single point for viewing the work, prompting the audience to fully explore the space in order to see all the artwork. 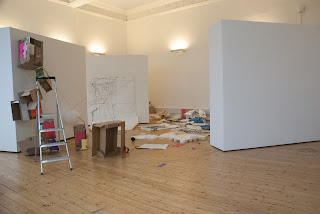 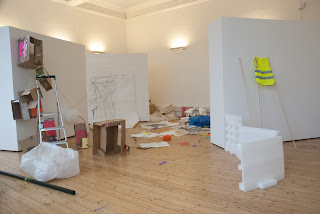 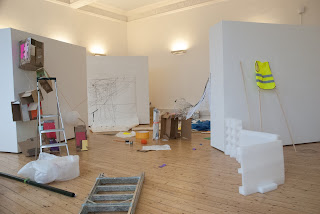 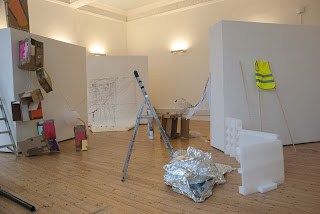 We tended to schedule each day as follows:

Morning - Anna in the gallery

Afternoon/evening - Helen in the gallery 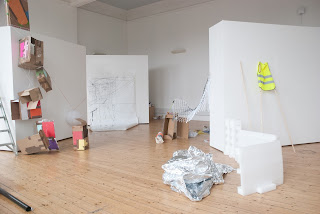 We used our time effectively, ensuring that we did the work at height when we were together. When we were on our own in the gallery we were able to reflect on what the other person had done, and respond to this. 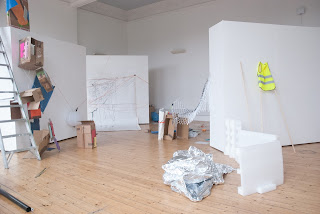 The process seemed extremely natural and we both learned from, and nurtured each other. As we had been using the gallery as a studio space all week, there came a point when we decided to have a tidy up and look at the space without any clutter. This dramatically changed things; the work was given space to breathe and it became far less cluttered. The connections that we had made became more obvious. 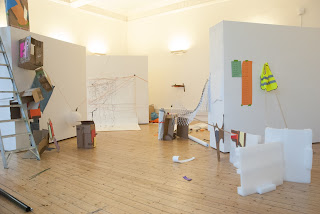 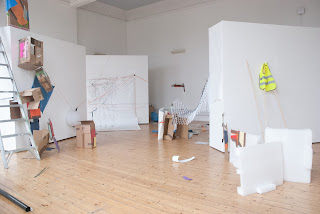 We were really pleased with our use of the space, height, colour, materials and the experience of working together. I really benefitted from seeing some of my previous sculptures made from food exhibited in a different context alongside different materials. They became something else and were much less identified with advertising and consumerism (two readings that I had previously been unhappy with). 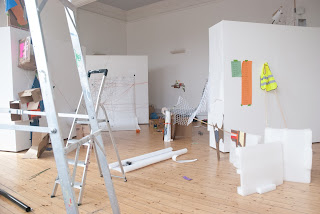 The audience responded very positively to our work, commenting that it was energetic, playful, related well to the site and was tender. 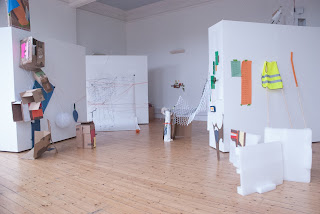 Posted by Helen Shaddock artist at 10:49