The Drone Ensemble - creating a chorus of scaffolding tubular instruments

Tonight the Drone Ensemble continued with our work towards creating a chorus of scaffolding tubular instruments (these are yet to be christened). Joe had managed to source some more pipes, and so we now have the possibility of creating instruments spanning an even bigger spectrum of notes. The notes produced are determined by the length of the scaffolding. 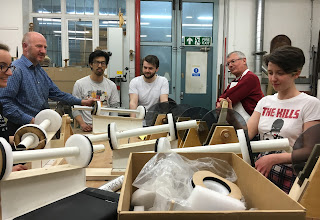 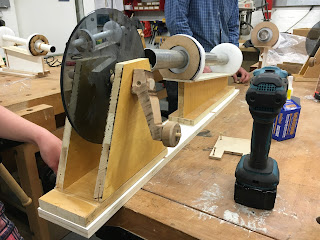 The image below was used to help understand semitones

The turn-wheel can be controlled at different speeds, by the player, and creates a friction against the felt pad which in turn translates that vibration into the metal scaffold tube itself. 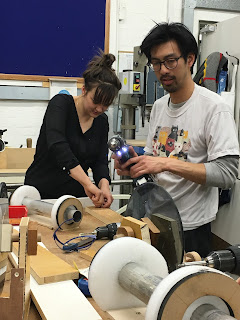 When played in unison, three of these individually tuned instruments can emit a chord pattern with a certain sonic strength and resilience.
Next week we are going to have a session of playing our newly made scaffolding tube instruments.

Posted by Helen Shaddock artist at 02:37

Great scaffolding made with chorus, we are gonna try this out and hopefully it will work. Thanks for the advices

Lightweight: The fittings and extras are lighter and subsequently, this has likewise helped in presenting a convenient framework for development locales requiring proceeded with development like scaffolds.
Sarah