I presented 2 works, both made from food items such as cereals, marshmallows, liquorice all sorts, crisp breads and the stalks from vine tomato. 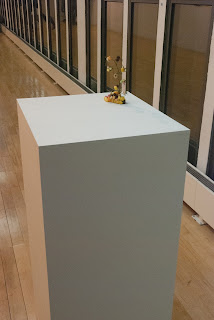 One sculpture was fairly small, and was positioned off-centre on a rather large rectangular white plinth. 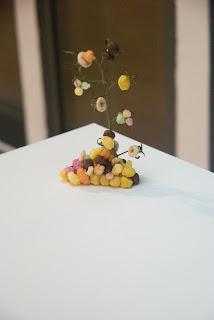 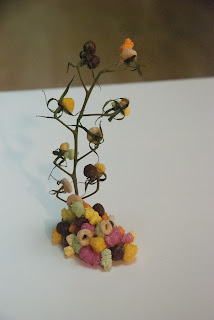 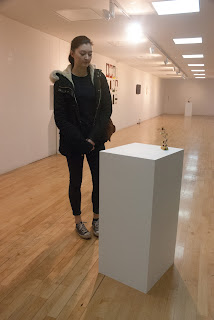 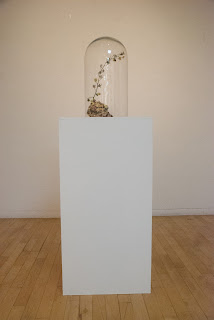 I positioned the plinths at opposite ends of the gallery so that each sculpture could be enjoyed in its own right, rather than being in a direct comparison with each other. 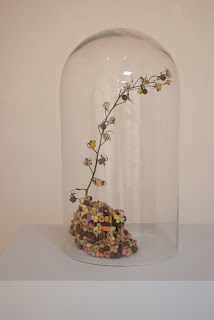 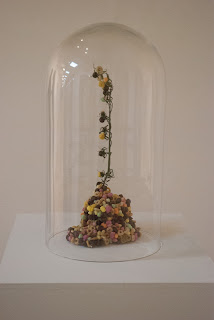 I had tried having the smaller sculpture covered by the bell jar (see below), but I felt it was swamped by the jar. 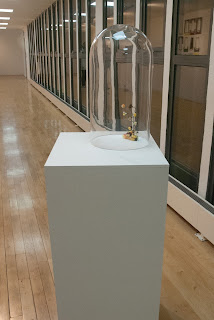 I had also tried positioning the sculpture in the centre of the plinth, but I chose to position it closer to an edge as I thought the sculpture had more character then as it appeared, to me, to be slightly mischievous. 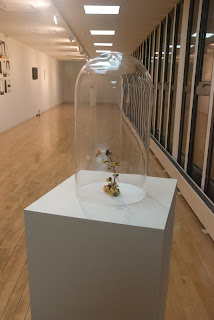 I also tried having the larger sculpture without the bell jar, but I was interested in getting feedback from people about the effect that the bell jar has on their reading of the work. 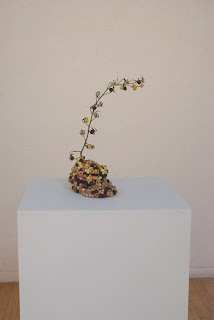 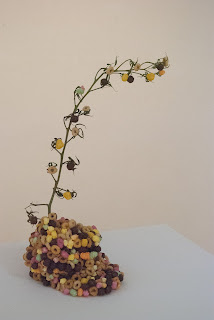 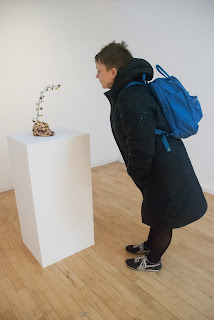 Posted by Helen Shaddock artist at 01:05