This morning we had our introduction to screen printing and then were let loose ourselves this afternoon!

Given the short amount of time we had to prepare imagery for the screen, I made a simple drawing using cut out bits of card, drawn lines with marker pen and areas of pastel onto the acetate.

We then exposed the screen and when checking the screen after exposure, I could then see that the drawn marker pen lines and pastel areas would not be printed well as they obviously did not block enough of the light when the screen was being exposed.

This is the result: 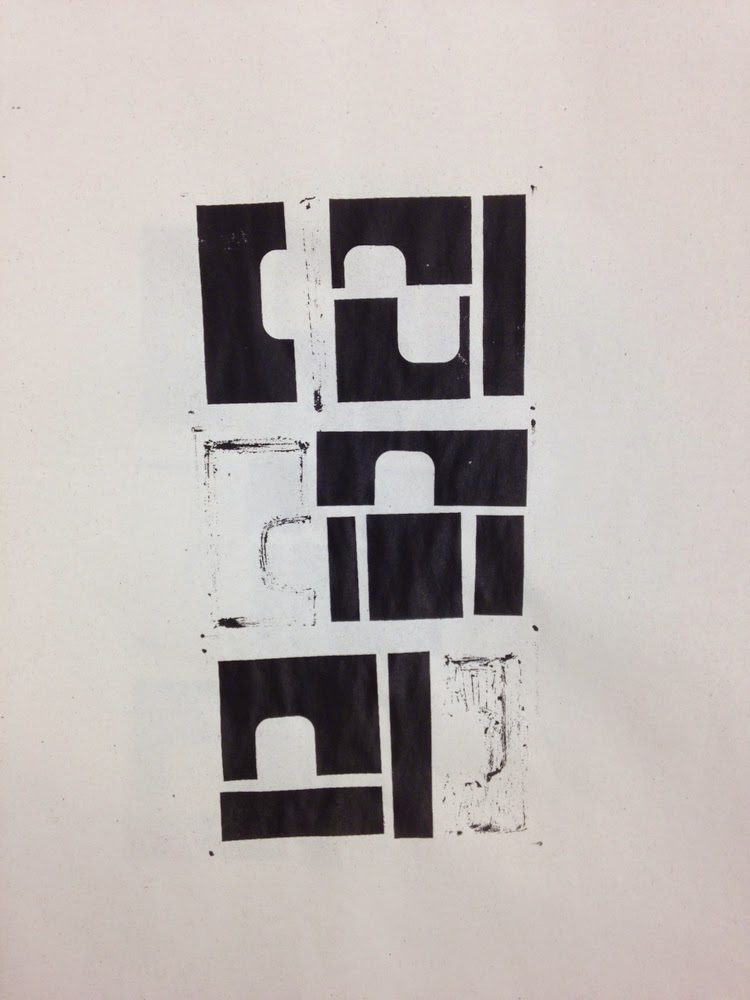 The areas where the card cut out were placed have printed as solid black shapes, but the other drawn marks did not print well. 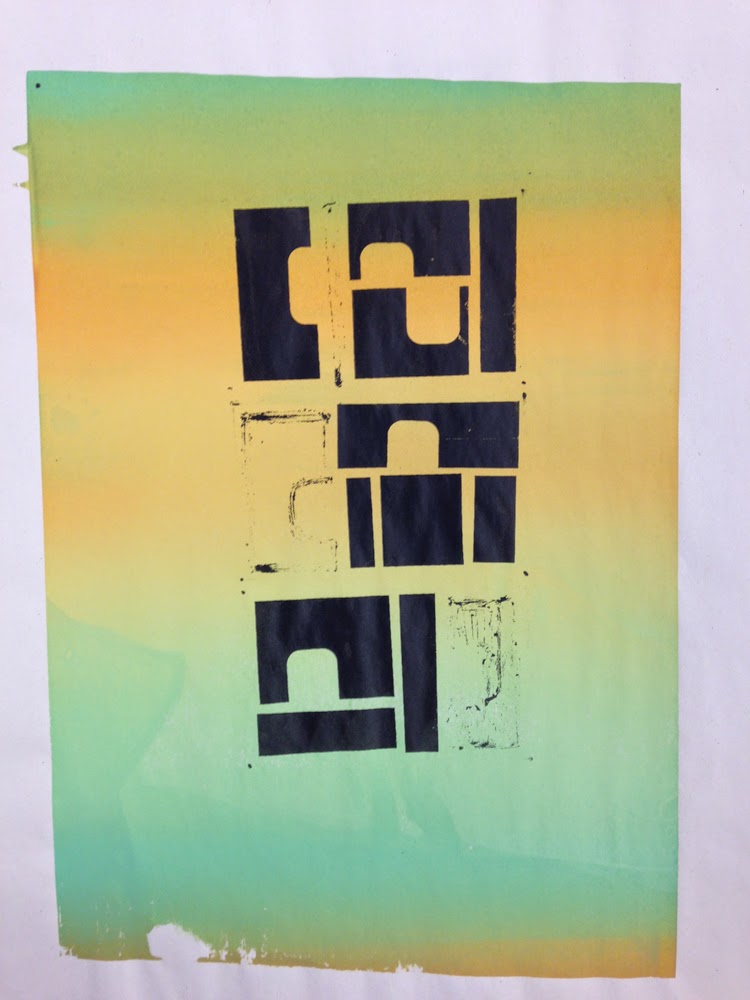 I then printed the image again to see how it would change when printed onto an already patterned surface (this was a screen print blend that I had done about a year ago). 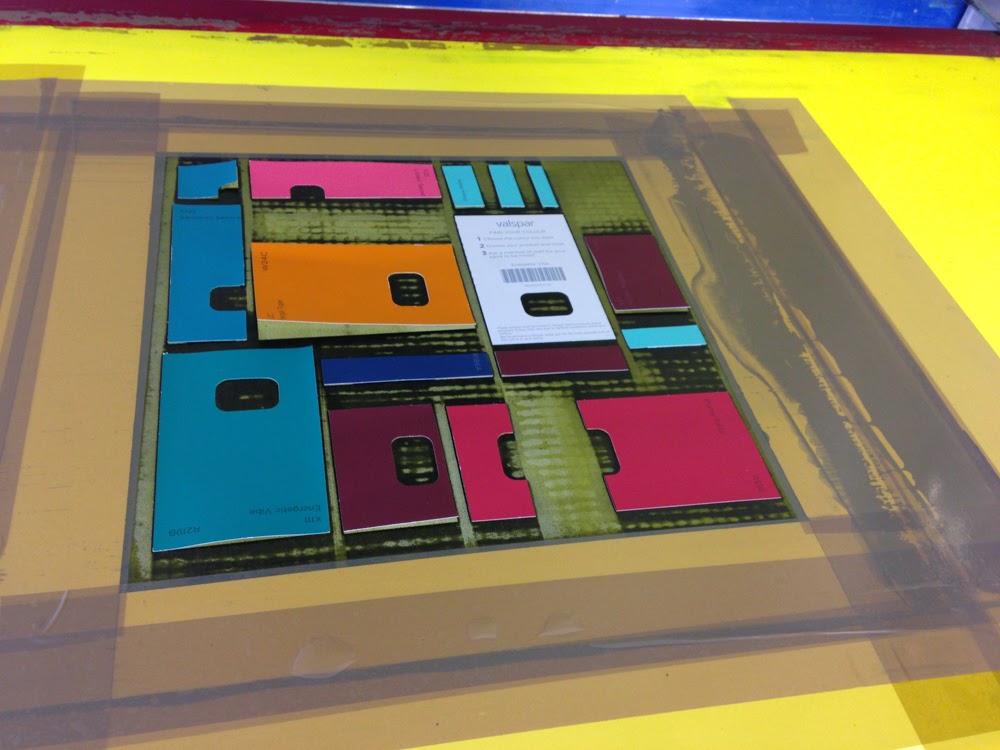 I also produced another quick image using the cut out pieces of card, and this time used a screen that did not have emulsion on. I stuck the card pieces onto the surface of the screen using making tape. In theory, the areas around the cut out card areas should be printed. 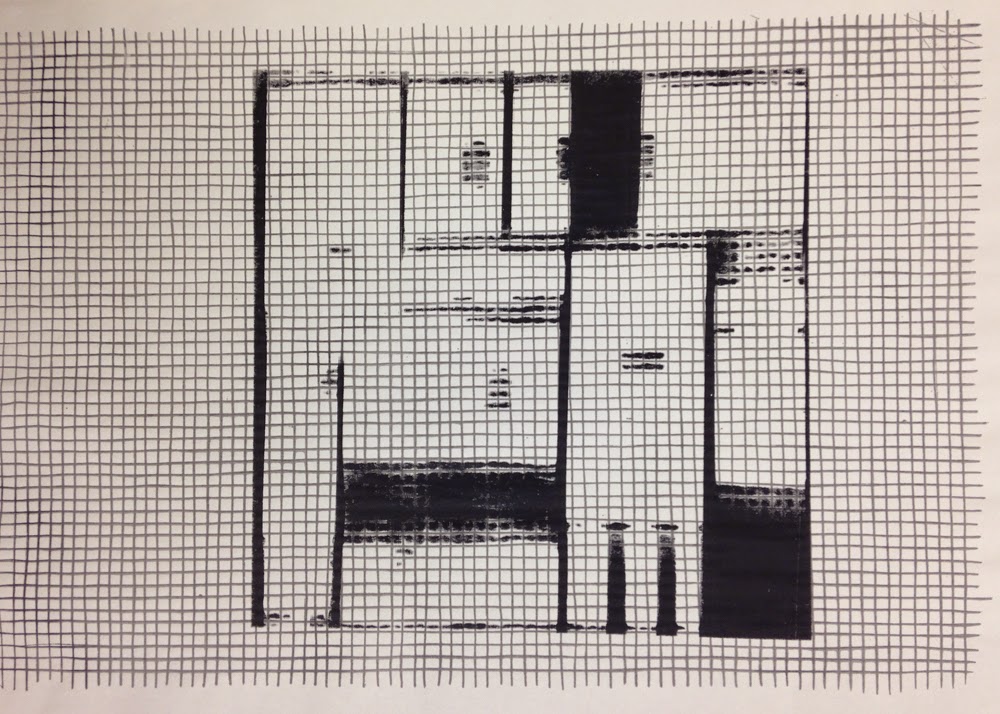 However, the result was not as I expected as the ink did not go into all the areas in between the pieces of card and so I got a very rough print.

When printed onto the gridded paper (another screen print that I had done years before), the image reminded me of an architects plan drawing of an interior. 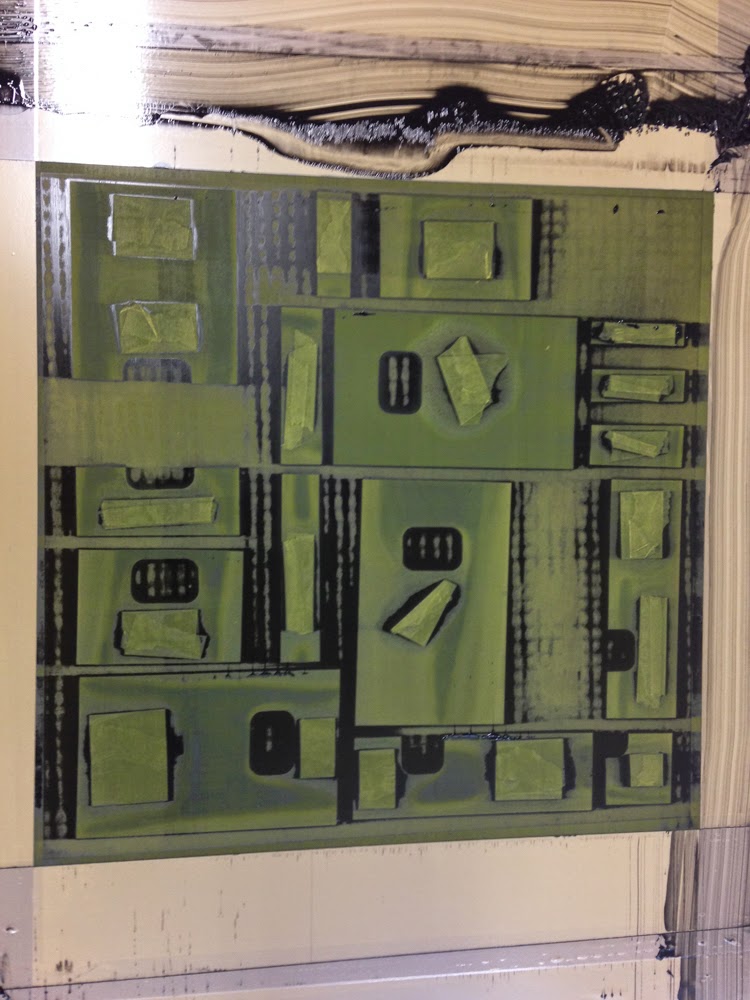 I was disappointed that the imagery had not printed as I had intended, and liked the look of the screen once I had printed (as above), so I removed all of the cut out pieces of card, and then printed onto the paper to get the following result: 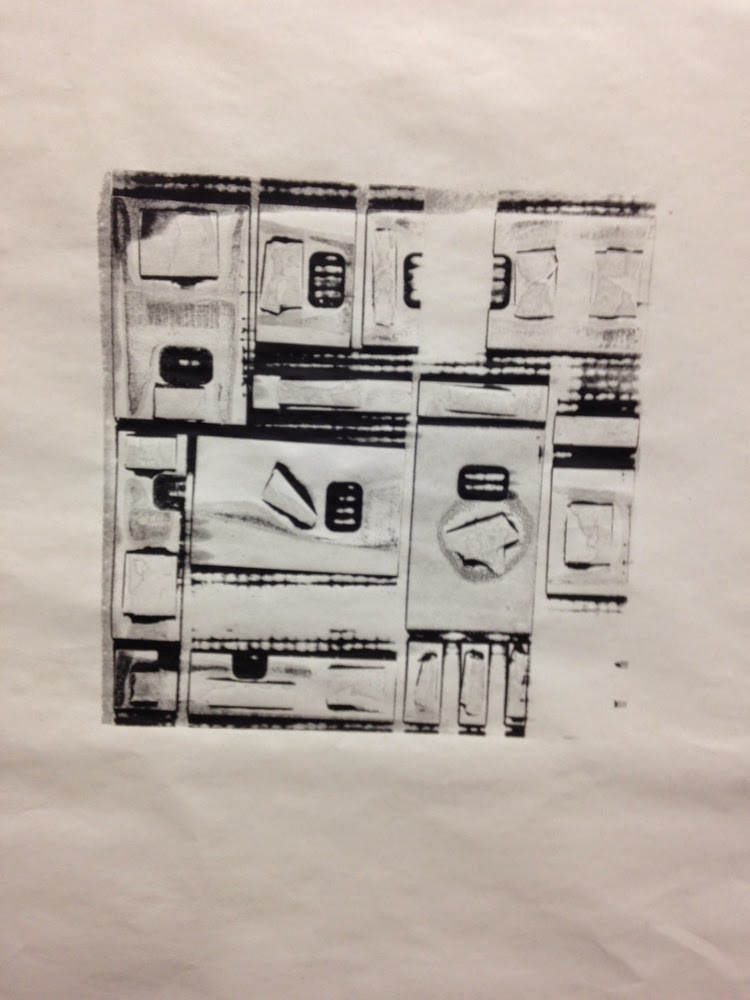 Posted by Helen Shaddock artist at 19:32