The title of the exhibition, WP WP WP derives the sound of helicopter blades in motion. In the current exhibition at Longside Gallery, Fiona Banner has suspended two sets of Chinook helicopter blades from the ceiling which rotate in opposite directions to each other and vary in speed. Although the top speed is not enough to produce real vibrations in the space, the presence of these structures moving is powerful and mesmerising. Despite the absence of the rest of the Chinook aircraft, one gets an impression of the weight and size of these flying machines. The elegance and precision with which they spin, carefully programmed to skim past each other without touching, can be likened to the wings of a beautiful creature such as a dragonfly, so it seems wrong that these blades are the force behind these potentially dangerous vehicles.

The grace with which the Chinook aircrafts can move is demonstrated in the film Chinook (2013) in which Banner documents the dance-like quality of Chinook flight at military air shows. Removed from their military function, the Chinook follows an acrobatic and beautiful routine intended to impress viewers and show off its agile possibilities. As the tannoy announces the end of the performance, the audience applaud and the Chinook dips its front and raises its back, its own way of taking a bow. This emphasises the notion of the Chinook as an entertainer. 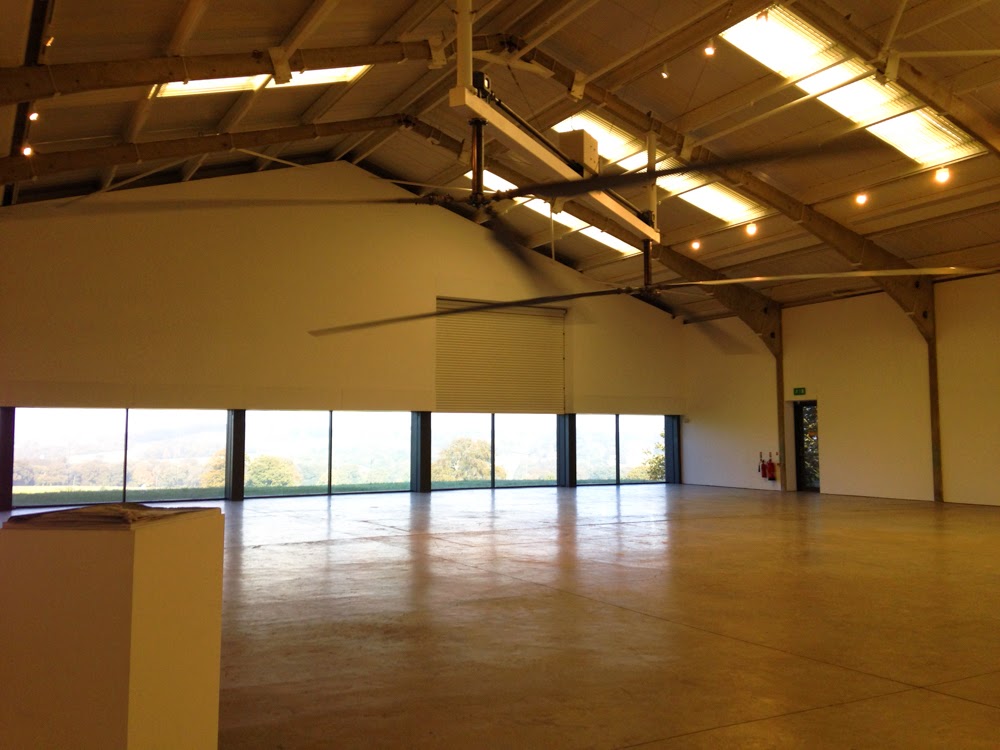 The windows of the gallery space in which the Chinook blades are installed are covered in UV reductive vinyl which obscure the view out of the gallery onto the picturesque scenery of the Bretton Estate. At seemingly random points within the vinyl, small parts of the vinyl have been revealed to create shapes of 'full stops' in a variety of fonts. Only when peering through the full stops can one see the view properly. This rather subtle intervention focuses ones attention on Chinook, but also links in to Banner's ongoing preoccupation with language, and the title, Ha-ha,(2014) links to her interest in the way walls or other boundary markers are set in a ditch so as not to interrupt the landscape. 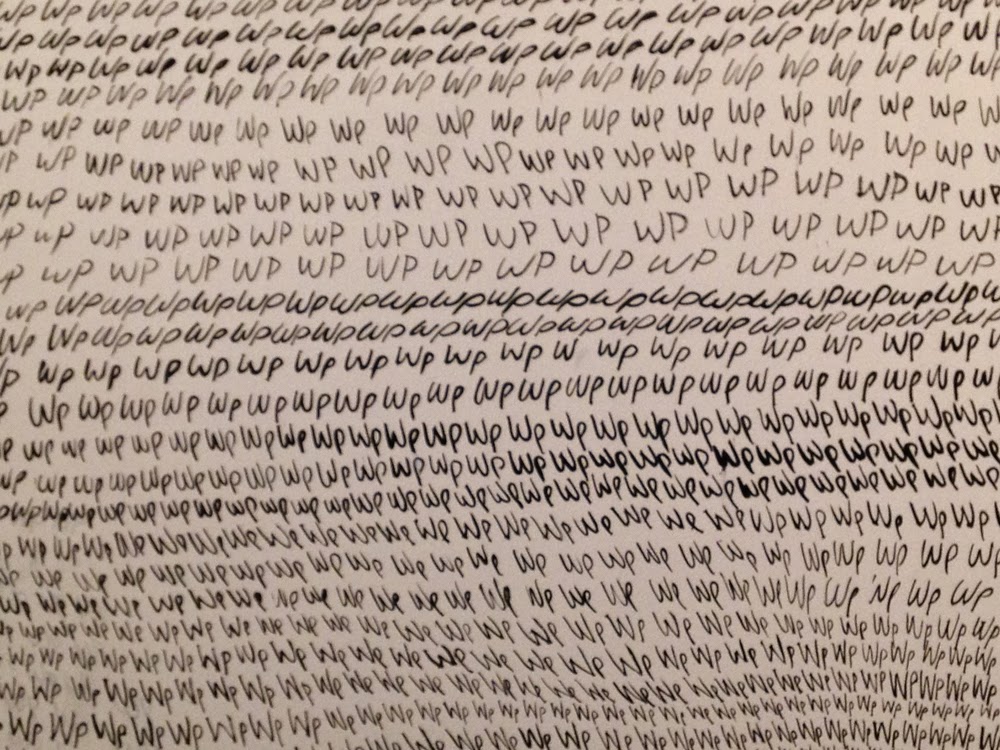 Wp Wp Wp (2014) is a wall drawing that establishes its own rhythm and flow through the repetition of this simple word. 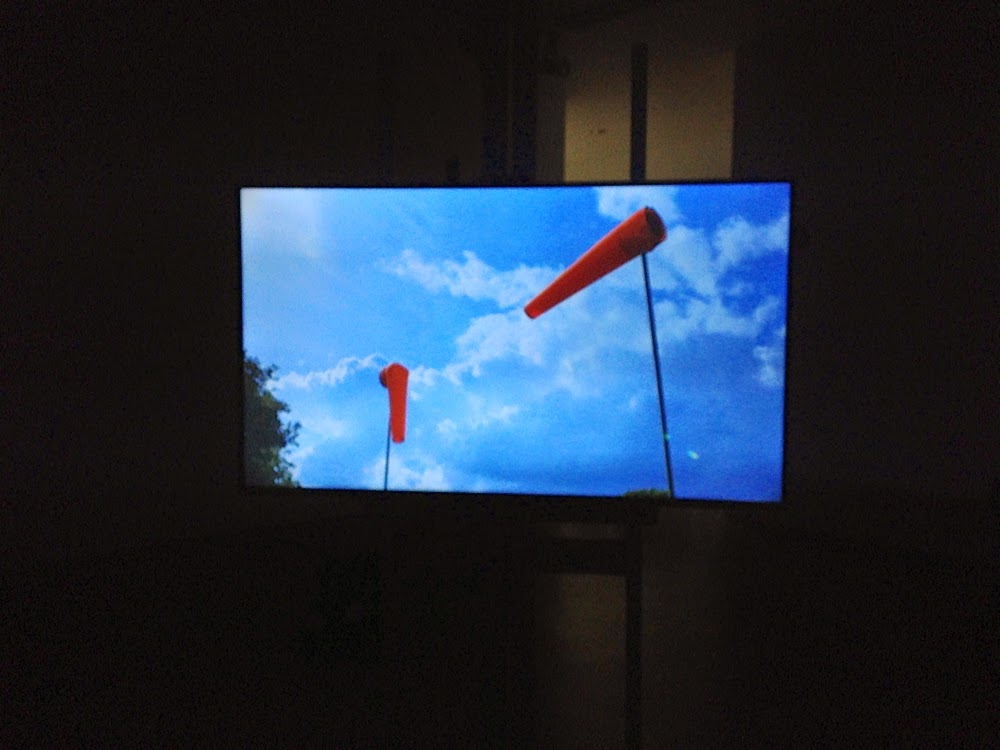 Another video, Tete a Tete, (2014) documents two motorised windsocks interacting with each other, reminding me of the precision with which the Chinook blades relate to each other. Outside the gallery, a single motorised windsock moves in isolation; a lonely cry for companionship. 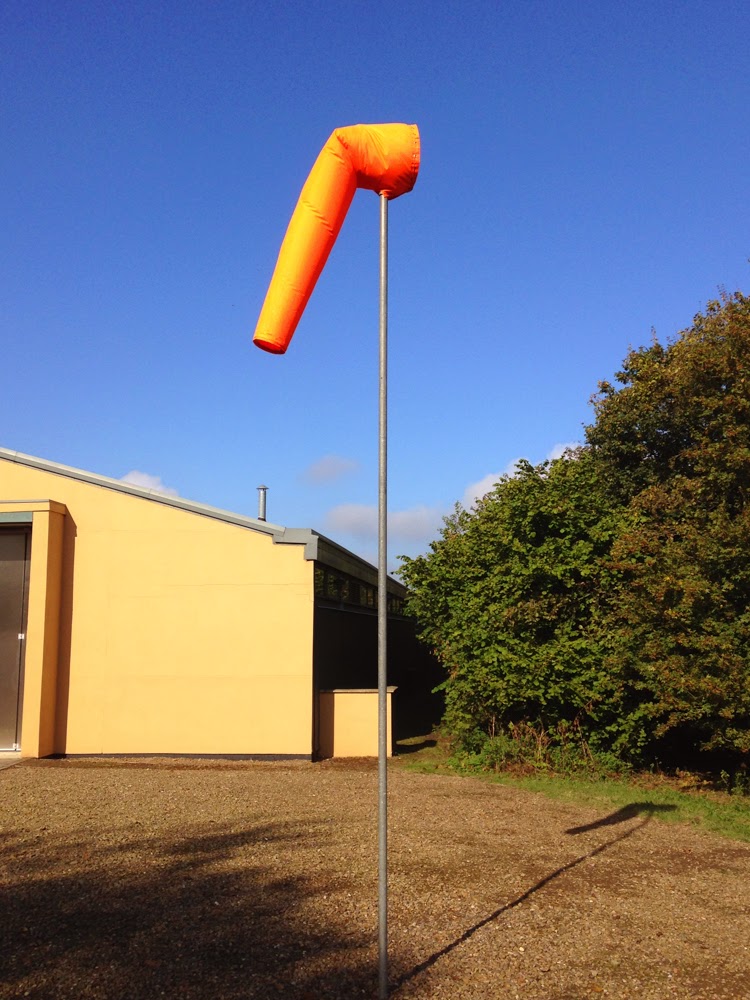 Posted by Helen Shaddock artist at 15:29