Recently I've been looking at bedrock geology, and on Tuesday I visited the Natural History Society of Northumbria, to view, amongst various other items, a beautiful scroll showing the bedrock geology of Northumbria from Cullercoats to Croclin. I was able to identify the geology of the Cheeseburn Grange area, and am planning on using this information to inform the colours that I choose for some of my casts. 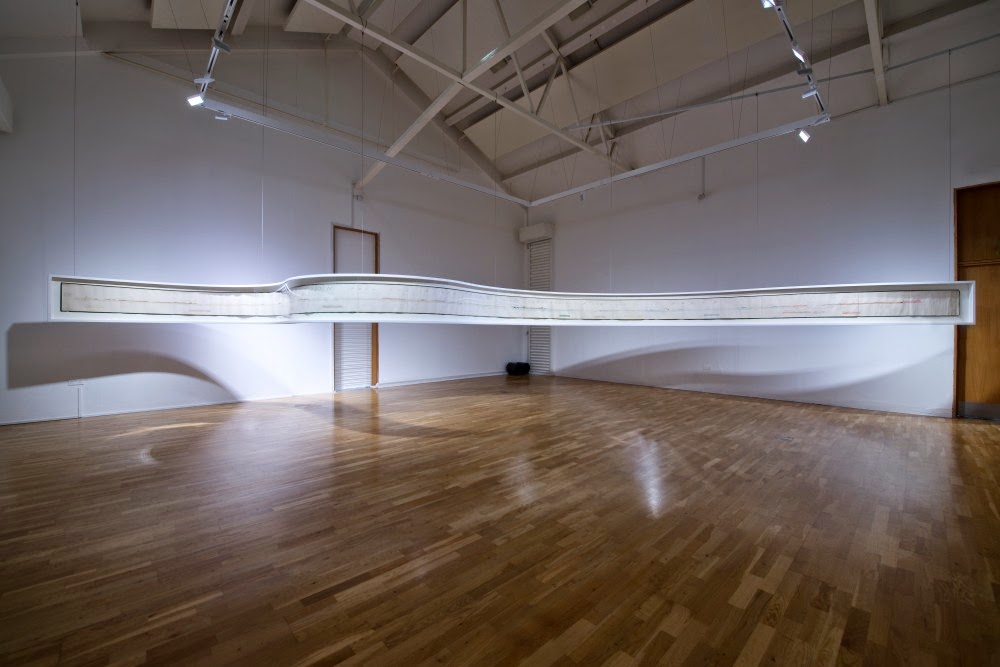 
In relation to the bedrock map, it was suggested that I look at Sound Strata of Coastal Northumberland, a work by Susan Stenger that was at the Laing Gallery as part of AV Festival 2014. She produced a sound installation based on a cross-section diagram of coastal geological formations. The diagram covered the area from the River Tyne to the Scottish border, and was drawn by the local mining engineer Nicolas Wood in the 1830s. Stenger used the diagram as a graphic score, and transformed the geologic into the sonic in a 58-minute work that travels from the coal seams of Tyneside to the porphyritic rocks north of the Tweed, layering instrumental sounds, melodic patterns and signature rhythms extracted from traditional Northumbrian music and dance. 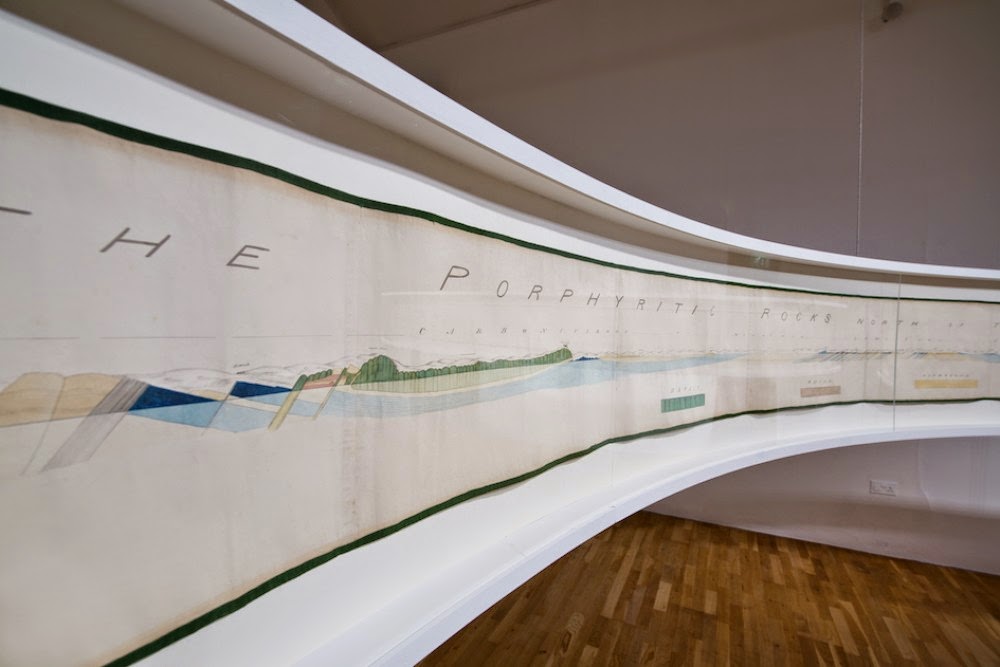 "Responding to history, culture and place-names as well as the drawing’s structures, she combined surface detail of fiddle and Northumbrian smallpipe patterns with deep shifting seams of brass band harmonies, voice, Border and Highland pipes to create a unique portrait of place."