EVER was a solo exhibition by the Russian-born artist Nika Neelova at The Tetley Gallery in Leeds. Neelova presented new and existing work that responded to, and was in dialogue with, the building's unique art deco architecture. 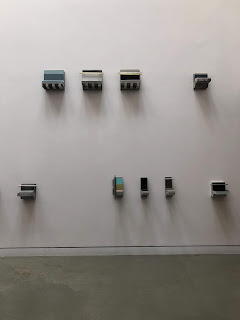 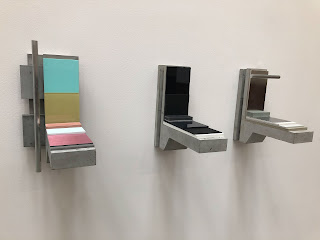 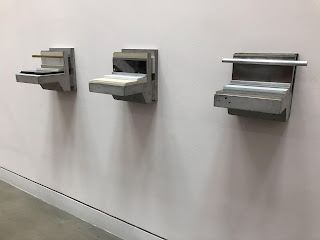 'At the centre of the exhibition is a new large-scale sculptural installation in The Tetley's atrium. Connecting with the building's past, it recalls the restoration and transformation of the atrium into a gallery space and incorporates original materials such as parquet floor tiles and oak panelling salvaged from The Tetley building.  Featuring these discarded architectural fragments, the installation creates a transitional space depicting, and derived from, places that once existed. For Neelova, it takes the form of a 'landscape in ruin', presenting different layers of reworked and reimagined architectural, sculptural and geological artefacts.' 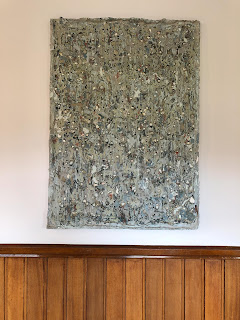 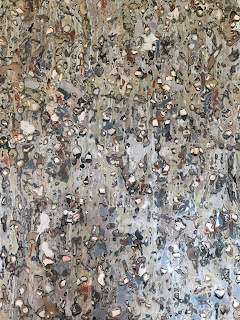 In the old office spaces that surround the atrium space, Neelova installed a number of existing geological and architectural sculptures. The Lemniscate sculpture series is made from reclaimed wooden bannisters. Neelova has repurposed the bannisters and fitted them together so that they each become a continuous form. 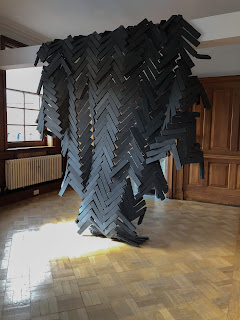 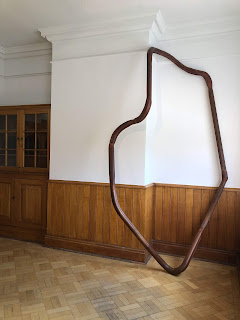 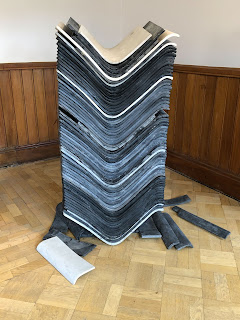 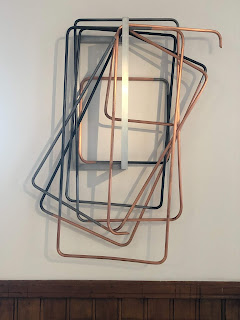 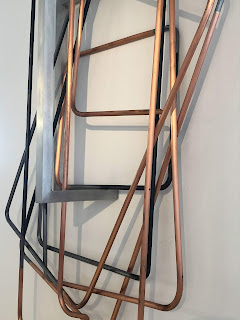 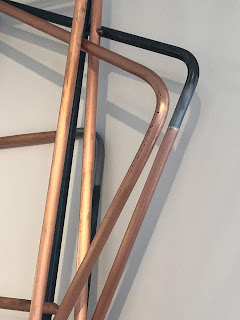 My criticism would be that there is too many repeated versions of the same idea. After seeing a couple of forms made from bannisters, I no longer gain from seeing a different variation of this theme.


Posted by Helen Shaddock artist at 10:25