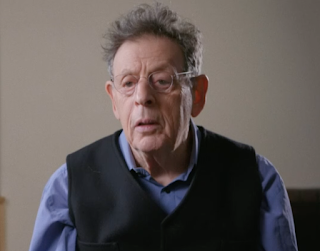 "Across the 1960s these New Yorkers added new orchestral dimensions to compositions based on repetition, transcendence and new technology, and broke into the mainstream in the following decade. Charles explores how breakthrough techniques Reich first explored on tape were transposed for orchestral performance. Glass's experiments with repetitive structures, along with his innovative work in opera - Einstein on the Beach - revealed new possibilities for classical music. 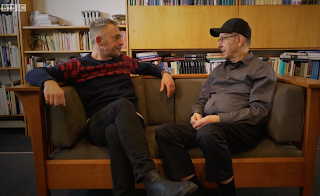 The key attributes of minimalism, its reliance on repetition, its mesmerizing transcendent qualities and innovative use of technology are also discussed with broadcaster and writer Tom Service; director of music at the Southbank Centre, Gillian Moore; composers Laurie Spiegel, Nico Muhly, Julia Wolfe, Max Richter and Bryce Dessner; and musicians Jarvis Cocker and Adrian Utley."


Although I thoroughly appreciate and enjoy the music of Steve Reich and Philip Glass, as well as La Monte Young and Terry Riley, whom were featured in episode 1, I am disappointed at the lack of recognition for female musicians who made a vital contribution to the minimalist genre.

Posted by Helen Shaddock artist at 04:15

Hi Helen, I'm doing research on Philip Glass and can't seem to find this episode anywhere. How were you able to watch it?