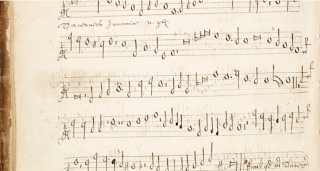 It may be nothing more than a coincidence that some of the greatest English religious music from a period when thousands of voices were silenced – through imprisonment, enforced hiding, or burning at the stake – has come down to us with one or more of its original voices missing. A coincidence, perhaps, a highly suggestive, poetic one.

Musical practice in the sixteenth century was for each voice to have their own copy of the music containing only their particular part. The music for Robert White’s Lamentations of Jeremiah, one of the pieces used in Lost Voices, would have originally consisted of six separate “part books” but only five survive; the book containing the music for the tenor voice has been lost.

Magnus Williamson has recomposed many of these missing voices, and it is these recovered voices that form the basic materials of Bennett Hogg’s installation Lost  Voices. The piece recombines the music into a new polyphony, using digital sound processing to extend and transform the sounds. Voices emerge from different places, always hidden, always on the move, and as the listener walks around different combinations can be found. 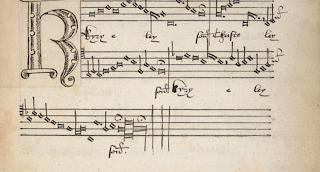 As a counterpoint to this texts by the French philosopher Gaston Bachelard meditate on how intimate spaces – our homes, isolated cabins in the forest, priestholes perhaps - connect in the imagination with sound, memory, and voice.

Cheeseburn, as a recusant house, may well have hidden persecuted Catholics. As we enjoy our rights and freedoms in the present, we might reflect on these different lost voices, and on the renewed appetite in some places to persecute one another based on our religious affiliations, or, indeed, our lack of them.

The spoken texts are from Gaston Bachelard’s book The Poetics of Space, first published in French in 1958.