This fascinating documentary is concerned with the prolific artistic outputs of Basquiat and the substantive ways in which it embodied and reflected breakthroughs in music, poetry, and a new type of expressionism in modern art. 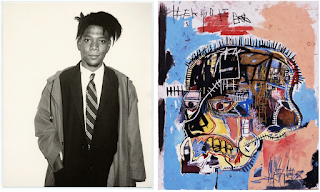 The story of his art is intertwined with the story of his life. Basquiat's two sisters Lisane and Jeanine give their first interviews for a TV documentary and talk about their brother and his art for a TV documentary. There are numerous contributions from friends, lovers, fellow artists, the most powerful and legendary art dealers in the world such as Bruno Bischofberger, Larry Gagosian, and Mary Boone. They discuss the cash, the drugs, and the pernicious racism which Basquiat encountered and fought against on a daily basis. The main way Basquiat used to fight this racism was through his art.

In a 1983 campaign which long predates Black Lives Matter, Basquiat used his art as part of a protest movement following the beating to death by NYC transit cops of a friend of his - Michael Stewart. 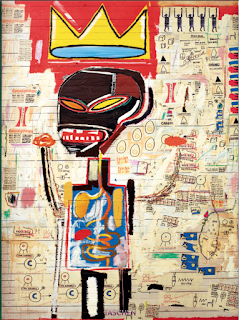 "In this film, these are only some of the many stories that give shape and insight into a life which was constantly torn between public acclaim and personal pain, the bold confidence of has greatness as an artist and the secret fear he would be regarded a flash in the pan, between a deep desire for fame and money but an even deeper resentment that his work was being transformed into a commodity. Basquiat's relationship with drugs and the role they played in his life, work, stellar rise, and fatal crash - is sensitively and insightfully explored."
Posted by Helen Shaddock artist at 16:31