In the second part of her three part series, Laura Barton explores the extent to which the schools we attend and our social backgrounds more generally play a part in determining our levels of confidence.

She visits a state comprehensive school and an independent fee-paying school, both in the North West of England, to discover how much effort is made to ensure the confidence of pupils is actively developed, and the means by which that development might take place. She questions how far the network of influential contacts more readily made at private schools can help generate confidence in pupils as they set out into the world, but hears too how for many youngsters today a mask of confidence can often cover a sense of insecurity.

At a visit to a comprehensive school, a member of staff tells her that in some ways it is easier to instill confidence in students at a comprehensive school rather than a private school because the students have the experience of talking to and interacting with students from a wide range of social backgrounds, cultures and classes. He believes the students are more tolerant and do not have a sense of entitlement that perhaps students from a private school may have.

He explains that the school tries to find something in every student that they can do well. For example, he has discovered that a boy who struggles with his academic school work has a real talent for fishing, and so he has encouraged the student to write about fishing for the school newspaper.

Laura speaks to figures such as Joe Queenan, Dreda Say Mitchell and Stuart Maconie about the ways the place you come from can influence confidence, whether that's the vast expanses of America, the East End of London or the industrial north of England. For Queenan, his own self-confidence comes from a combination of indifference to others' attitude towards him, and a childhood in relative poverty. Once you know you can deal with that, he says, such things as public speaking that terrify so many carry little fear.

Stuart Maconie acknowledges that private schools are meant to instill confidence in their students, but he thinks that this confidence is born of the absolute objective notion that you can't fail because underpinning that confidence is actual material and political power. He states that "if you are poor and you have no shoes, no amount of self-confidence will help you get on in life." It is understandable that those with a good education have a degree of confidence because they have a good reason. Certain opportunities will not be available to those of the lower classes or less well-educated. "No lower-class individual will have the opportunity to become the editor of a newspaper without any journalistic experience, in the way that someone such as George Osborne did because he had a particular network of contacts and a status." 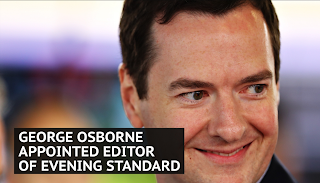 Laura follows up her notion that an unexpected factor in determining is architecture and the built environment in which we're raised, asking expert John Grindrod how correct Winston Churchill was when he said that, "We shape our buildings; thereafter they shape us."

Stuart Maconie comments on the difference in confidence between counties. He recognises that Mancunians are generally confident, whereas Brummies are often self deprecating. He also speaks about how the St George's Hall in Liverpool is positioned directly in front of the train station, so that it is the first thing you see once out of the station. This building gives the impression of its grand status.

Posted by Helen Shaddock artist at 15:15