Should all art students learn to paint and draw?

In a new paper, What Happened to the Art Schools?, the painter and art critic Jacob Willer claims that today’s fine art degrees do not offer the necessary teaching to produce exceptional artists. Painting and drawing have come to be seen as “no more than art’s old ceremonial vestments”, he writes.
Willer, who visited art schools around the country, says that while the odd talented student stood out for him, the general standard was “depressingly low”. “I would encourage you to look back through the UCL collections to see the quality of paintings that students at the Slade were routinely making in the first half of the last century and you will see for yourself how things have changed,” he says.
Willer goes on to suggest that in order to restore standards, higher art education ought to focus once again on craft and life drawing. But, he says, since current teachers would mostly not be capable of teaching painting and drawing – “because most of them know nothing about it” – the best way for students to develop would be to spend time appreciating old masters such as Titian and Rembrandt. 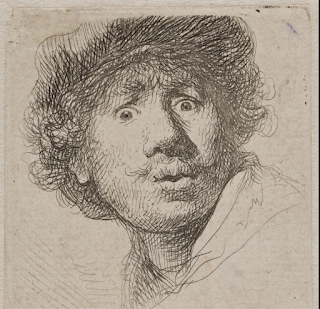 https://commons.wikimedia.org/wiki/File:B320_Rembrandt.jpg
Teaching practices at art schools have indeed changed over the past few decades. The foundations of today’s schools were laid in the 60s, when local colleges merged to create tertiary-level art schools and polytechnics, where students could receive a diploma in art and design and were increasingly treated more like artists than pupils. But there have been significant political and cultural shifts since. The 1992 Further and Higher Education Act, which saw polytechnics and independent colleges become universities, left formerly independent art schools to grapple with the same issues universities do – most notably the rise in tuition fees. Variety became necessary in a crowded market.
Unlike Willer, many believe that these changes have not been for the worse. For Michael Archer, professor of art at Goldsmiths University, art schools’ approaches have become less prescriptive, drawing on a growing range of traditions and cultures. A return to a technical focus on painting and drawing would be restrictive, he says – and “completely misguided”.
Richard Talbot, head of fine art and professor of contemporary drawing at Newcastle, says weekly life drawing classes are held for any student who wishes to go, “but it’s important to expose students to a wide range of staff and practices”. Talbot models the course on his experience at Goldsmiths during the “70s heyday”, when he and his contemporaries were free to explore their interests without any restrictions. He follows this open-ended approach while offering his students a variety of practical workshops on specific skills such as developing your colour palette, priming a canvas and applying paint. “We’re not saying ‘you have to know this’ but instead, ‘this could be really useful for some of you’.”
Tutors point out that an exposure to various media and traditions shouldn’t come at the expense of a technical education.
Courtesy of Guardian News & Media Ltd
https://www.theguardian.com/education/2018/nov/16/artistic-skills-are-being-lost-a-critic-says-but-is-there-any-such-thing
Posted by Helen Shaddock artist at 13:19